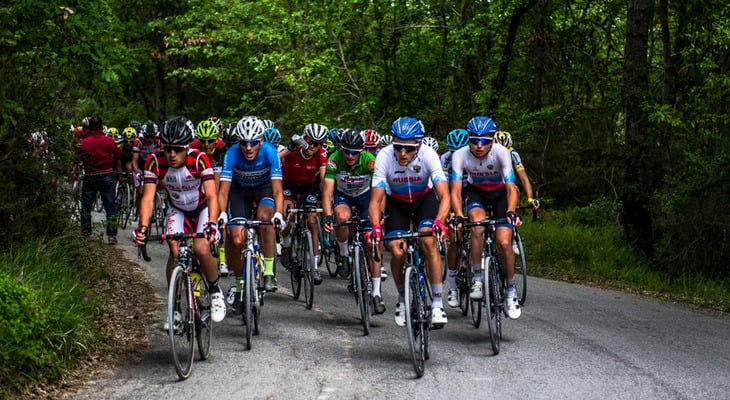 TWO STAGES OF THE YOUTH GIRO D'ITALIA U23 IN TERRA EROICA

On Friday 14 June, the Youth Giro d'Italia U23 Enel will start in Riccione. Two new stages will be held in Terra Eroica:

the third stage, on Sunday 16 June, from SESTO FIORENTINO (Florence) to GAIOLE IN CHIANTI (Siena), covering 145 km and the fourth stage, on Monday 17 June, from BUONCONVENTO (Siena) to the AMIATA PEAK, a distance of 140 km. There are two important sections in the general ranking; the Gaiole in Chianti stage includes five of white road segments in the last part of the race. So the final kilometres are suited to those who are not afraid of the hidden dangers of the terrain. The Monte Amiata stage, with one white road section at the start, will challenge riders with 3,500 m of elevation gain overall.

These two stages are also important because they take place in a territory that is known all over the world for the Eroica events; L’Eroica, the mother event, Eroica Montalcino and Nova Eroica, but that’s not all. The Gaiole stage starts in Sesto Fiorentino, birthplace of Alfredo Martini, unforgettable coach of the national team. Gaiole itself is no less important, being the birthplace of L’Eroica, thanks to Giancarlo Brocci’s inspired idea. The Giro d’Italia U23 returns to Gaiole in Chianti after a few years. Previously, under Giancarlo Brocci, it was called GiroBio and was such a revolutionary idea that, years later, it is still talked about with enthusiasm.

The Monte Amiata stage sets off from Buonconvento, which is listed as one of the most beautiful villages in Italy. From there it heads straight to Montalcino, the cherry on the cake of a tough and challenging day, during which the best riders will come to the fore, especially on the last climb.