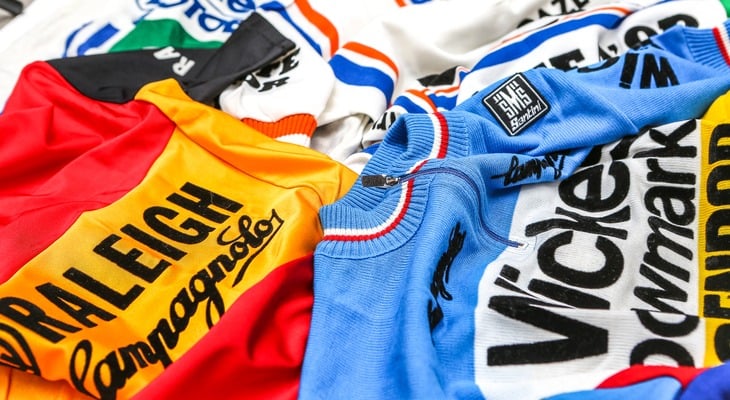 A tale of heritage, passion and revolution

A swirl of colours in the wind. A bright flash, legs spinning, a multi-coloured flock that cuts through the air and shoots away in a few seconds.

Those who have waited on the roadside at least once for the peloton during the stage of a big tour or at a spring classic will recognize this vivid yet fleeting impression.

Jerseys, like icons, can perhaps tell the story of this sport better than anything else. From thick post-war wool fabrics to modern light and performing lycra, these jerseys symbolize the perfect symbiosis with the cyclist. They collect the sweat and tears of joy and fatigue, they show belonging and dress the successes of climbers, sprinters, champions. 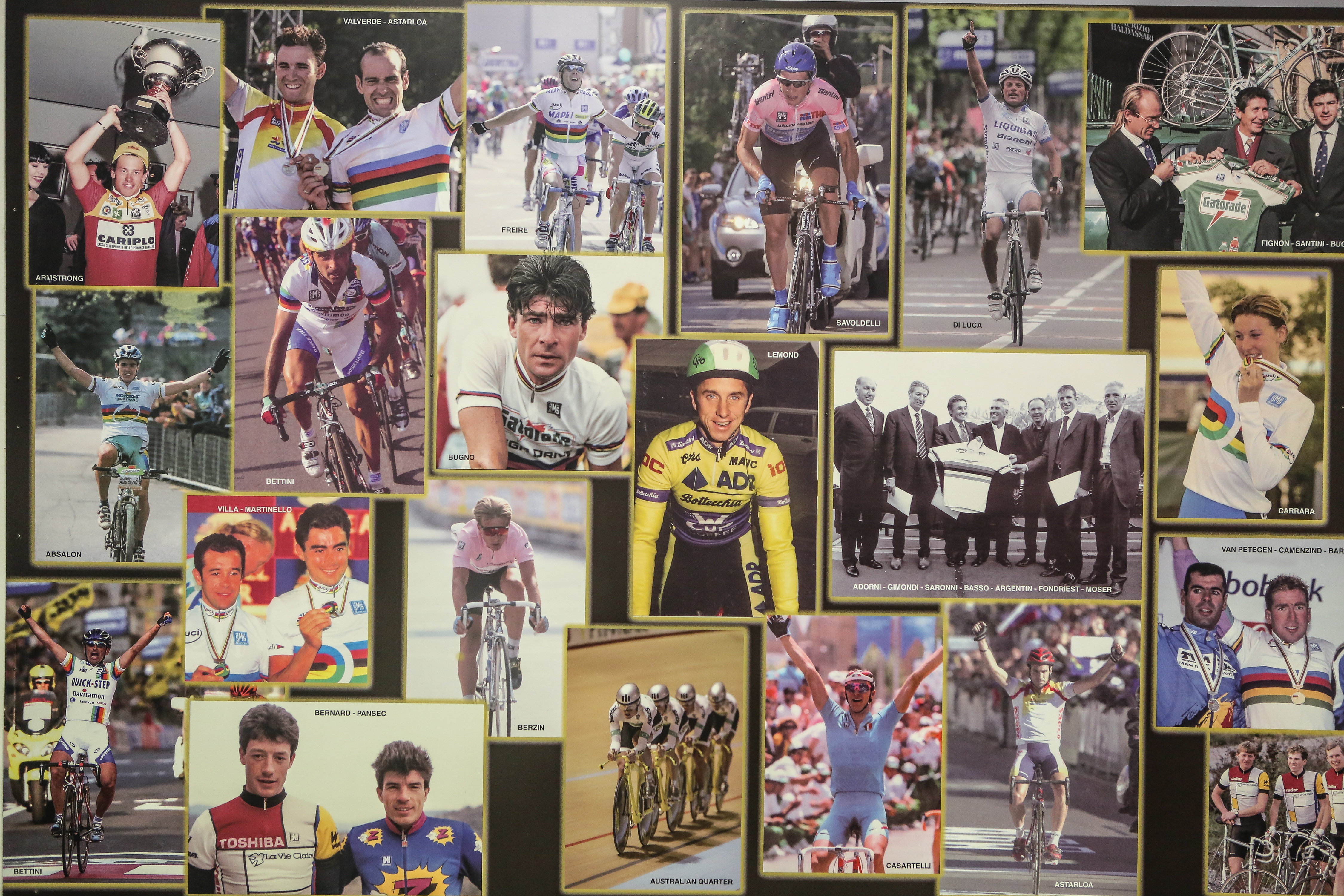 The Maglia Rosa and Maillot Jaune alone evoke a universe of cycling culture and exciting challenges between champions and nations. But there is another jersey that, in its own way, marks a milestone and a small but great revolution in the cycling world: in 1984 Bernard Tapie entered the cycling world, contracting Hinault (already winner of four Tours) and launching the La Vie Claire team, determined to challenge and revolutionize the logic of professional cycling.

This revolution was also communicated through the legendary jersey inspired by the works of Mondrian: a new geometric composition of colours with a strong visual impact and a triumph in terms of communication.

What everyone may not know is that behind this revolution, which started north of the Alps, there is also a good bit of Italian influence. There is, in particular, the passion of one man and his family who have literally "swathed themselves in the passion for cycling" since 1965. Pietro Rosino Santini was never one to avoid a challenge and when Tapie commissioned the team's jerseys from him, he didn’t back down. The job was not easy at a time when each colour had to be created separately and then assembled. 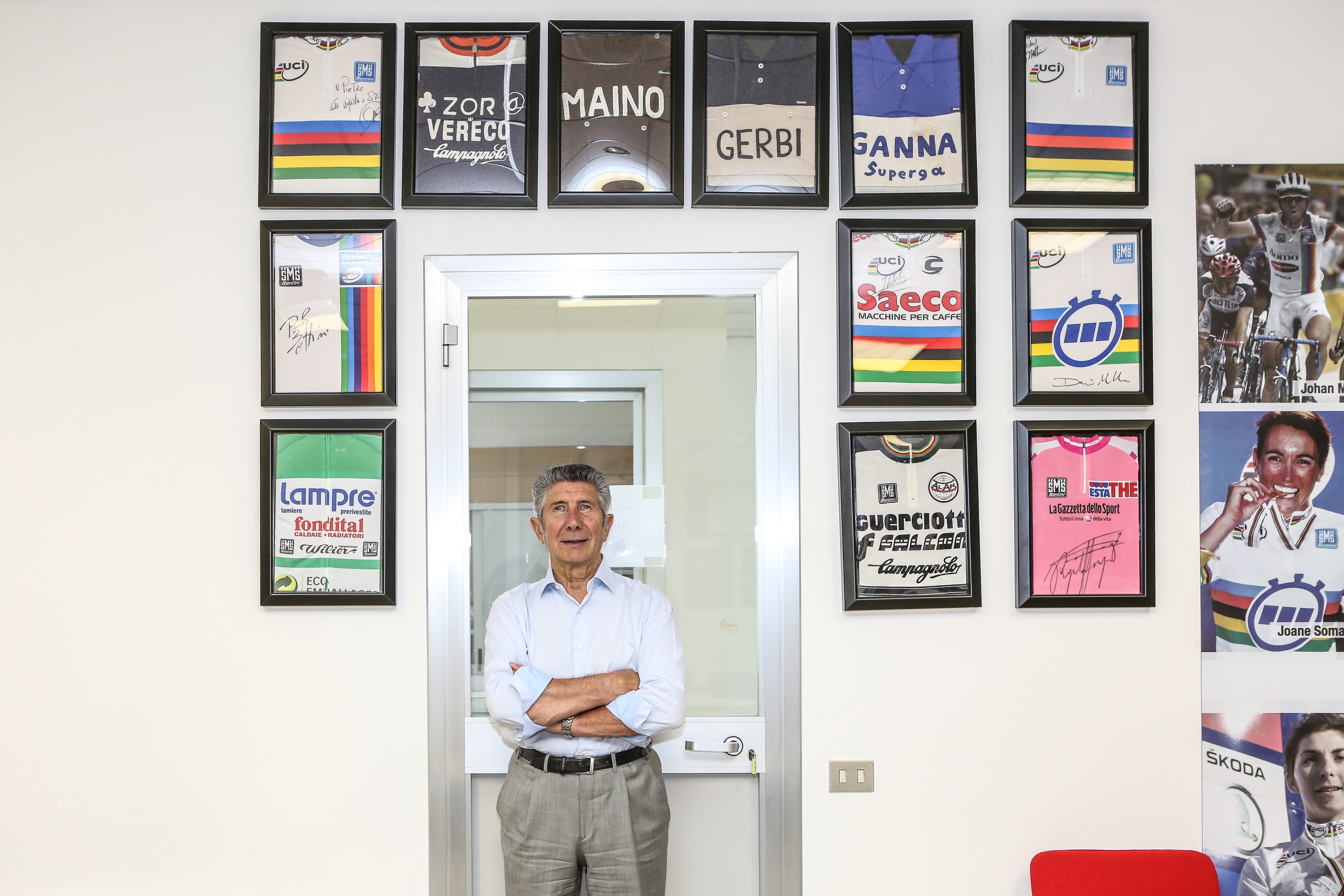 Because the story of Roso - as Felice Gimondi calls his lifetime friend - and his Santini Maglificio Sportivo is a story of heart and passion that has always accompanied great champions, but has not forgotten its origins, more than fifty years ago in Sforzatica, in the province of Bergamo. It is a story that teaches us that success is achieved through precision and the continuous search for innovation, an attitude that is typical of those who, like champions, were not born to settle.

The story of Santini and his family business that is led by his daughters Monica and Paola today, is a story that brings together beauty and fatigue. It is closely linked to the kind of cycling we all know and love. Just as the story of every cyclist is linked to the jersey he wears like a second skin. 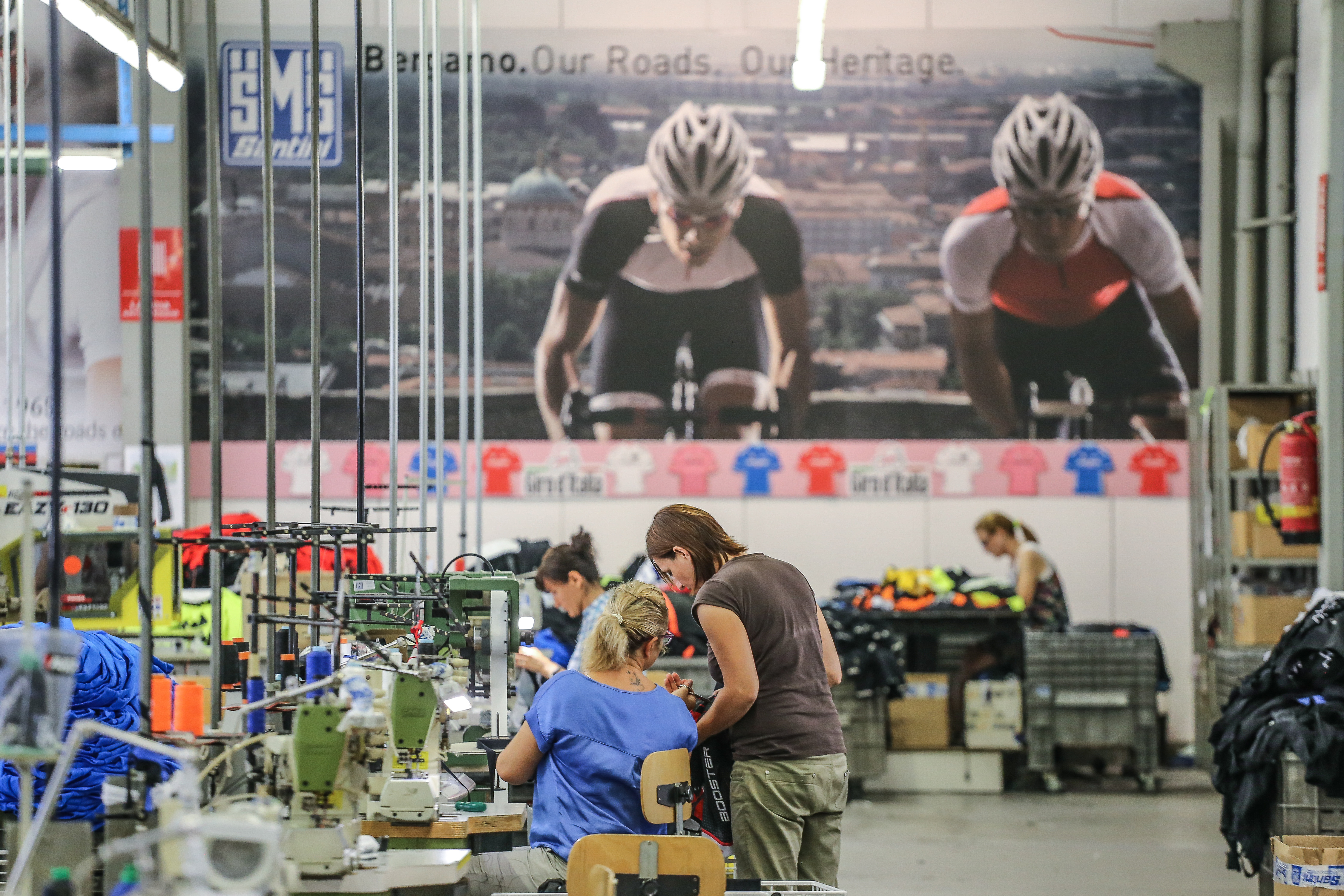