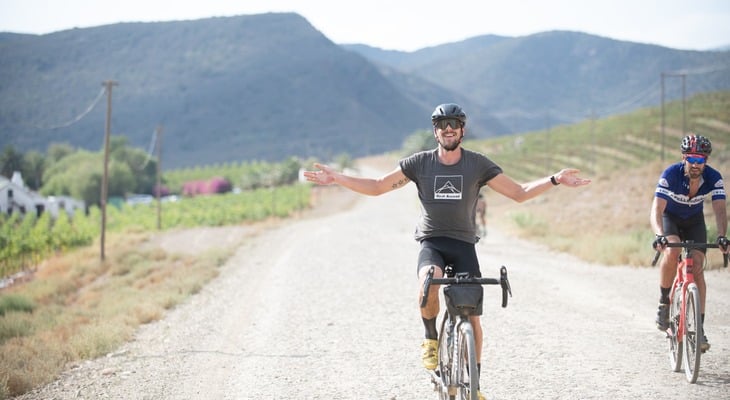 If it helps as a message of hope in these hard times of sacrifice and civil obligations, a fantastic edition of Eroica Sudafrica has just been held.

If it helps, as a message of hope, in these hard times of sacrifice and civil obligations, a fantastic edition of Eroica South Africa has just taken place. For the first time, since the launch and steady growth of an event that involves many young people who we value, we were not there in person. The event set a new, small record with 227 participants and many open and multi-coloured smiles. We have sown the seeds well if the plant is now able to survive without the umbilical cord. Thanks to Stan, thanks to all the amazing young people who welcomed Luciano Berruti with awe that first time, with his legendary Peugeot and a passion that was contagious, extraordinarily positive and fertile.

From an old post by Giancarlo Brocci, here is a short account of the 2018 edition of Eroica South Africa.

"I wrote something yesterday evening but I lost it between one telephone and another. So this won’t be as fresh but I really want to tell you about this amazing event. Because Eroica South Africa is a rough, tough, dusty ride, constantly over 30 degrees centigrade amid ancient landscapes, filled with primordial stones. The people are a sight to behold, smiles in the saddle and along the road, where many children run up to give you a celebratory high five. On the last evening, Stan’s young, smart and formidable group gathered around our Volkswagen van to bear witness to the spirit of Berruti, which was very tangible. Italy was everywhere, including Nibali, music and pasta, flags and honour, thanks to those who had been to Gaiole. We can be proud of one thing that we take home with us; we convinced a black rider – the mechanic – to take part, and who knows why but he wouldn’t join us at the food stop in a cellar. Luciano noticed and we brought food and water out to him. Two years later, the event had grown by about 40 participants (167 in total}, not an explosion but a definite improvement. On the Friday evening, at the restaurant where we gathered with the group of volunteers led by Stan and Denny, there was a poster of Mandela; reminding us that South Africa, despite its turbulent history, has always been a country of heroes."