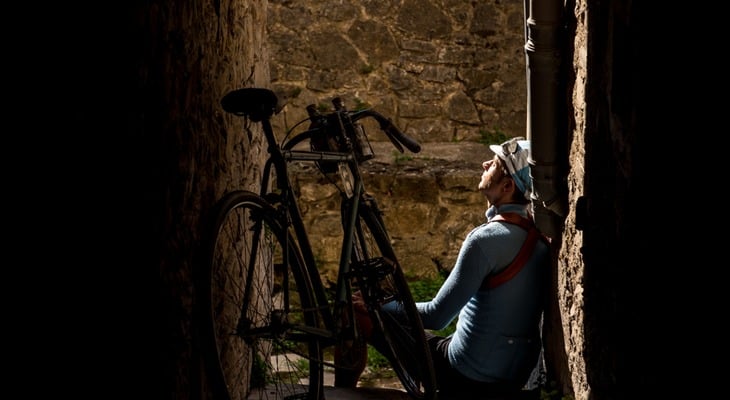 If the ancient global network of white roads could speak, it would fill encyclopaedias

And that truly Tuscan ability to argue would crush the notion of six degrees of separation between every person on the face of the Earth, a theory that was already put forward in the 1930s and has been amplified by contemporary technology, capable of supporting any combination, anywhere and in real time.

The new media gurus think they hold a magic solution, but they don't realise how a simple, naive, dated instrument such as the bicycle can bring people closer together. If this were not the case, the many sisters and cousins scattered in every continent, harbingers of discovery, love, friendship, adventure and excitement, never would have been born in the clamorous wake of Brocci's original L'Eroica.

Our 'heroes' are like the spokes of wheels: merely by existing, they encounter others like them along their path, with whom they tell stories written in the universal language of pure fatigue. Like the spokes of wheels, no hero can go it alone, but together, they create mutual dreams, flights, magic. Here too, with a single click, the click of the toe clip on the pedals.