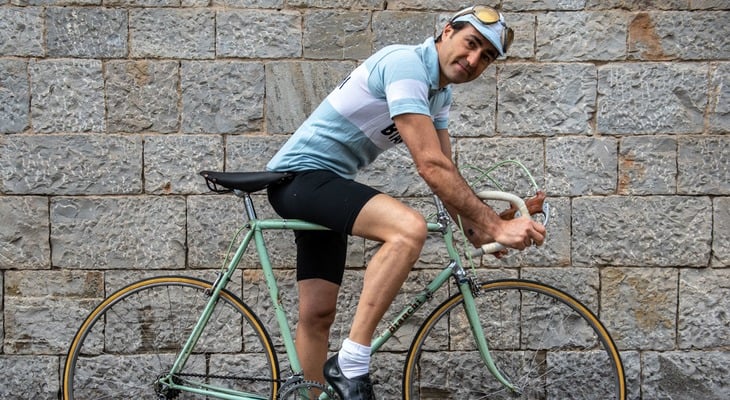 Those who know the history of cycling know that in the early 80s, bicycles changed after having been the same for thirty years.

The first brake levers with cables inside the handlebars were introduced. Then there was the real revolution: quick release pedals. The transition lasted about four years and after 1987 there were practically no bikes left without these improvements. It was a fundamental moment, which for us also marks the transition from "eroica" bikes to modern bikes

By “bici eroica” we mean road racing bicycles built before 1987with steel frame (including some aluminium exceptions like ALAN and VITUS with screwed or glued joints). Shift levers must be on the frame’s oblique down tube (but also pre-1980 bar-end gear shifters are allowed) and pedals must have toe-clips and straps. Brake cables must pass outside and over the handlebars (but can pass inside the frame) and wheels must be laced to a low profile rim (max 20 mm depth) and have at least 32 spokes.

Those characteristics identify a specific historical period, starting with Coppi’s bike which had the first Simplex gears used in the Tour in 1949, up to the time of Saronni and Kelly who, towards the end of their careers, were the last to resist the changes which had been adopted by everyone by then.

Moreover, from a strictly technical point of view, the steel frame combined with traditional wheels with at least 32 spokes, guarantee elasticity and the capacity to absorb bumps, which is necessary to ride safely along the white roads.