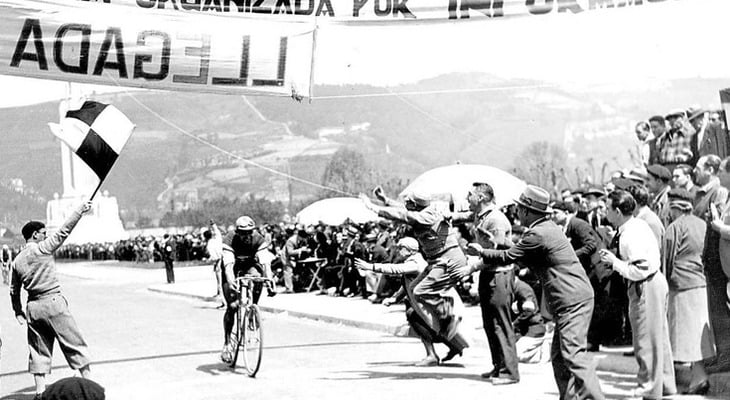 Tour, Giro and Vuelta: history and colours of a timeless passion.

The season of the great Tours is about to end and, in view of the last UCI calendar autumn events, let's briefly review the history of three of the most exciting competitions in the cycling world.

The Tour de France was born in 1903 from the competition of the two great sports newspapers: L'Auto and Le Velo. The first one, printed on yellow paper, succeeded and Henry Desgrange gave life to the first, great stage race, designed to be the toughest cycling test ever. "Tour de France, Tour de souffrance", as the race faced the great mountains since the early stages: the Pyrenees in 1910 and the Alps the following year, on impossible roads. The yellow jersey for the leader was introduced in 1919.

The first edition of Giro d'Italia was held in 1909, borne out of the dispute between Corriere della Sera and Gazzetta dello Sport. The sports newspaper stood it and its pink colour became the leader's jersey in 1931. The first edition included 8 stages and a points classification. The Giro hosted a very hard edition in 1914 but, generally, until 1936 and with the sole exception of the Sestriere, it did not face the great mountains, preferring for a long time less unevenness and mileage compared to the Tour.

The Vuelta a España was also launched by Juan Pujol to increase sales of the Informaciones, his newspaper. The first edition took place in 1935 but only in 1955 the Iberian stage race took place on an annual basis and in the early ‘60s the Hall of Fame of the race started to be enriched by the great champions of Tour and Giro. Born in the spring, today it takes place between August and September and prepares the World Cup. The red jersey distinguishes the leader.